Last Thursday, BGI uploaded three WGS data sets of NA12878/HG001. Included in this was a challenge to conduct a side-by-side analysis.

Albert Villela of Cambridge Epigenetix drew our attention to this dataset. Given our love of benchmarking and new technologies, we applied our evaluation frameworks to this data. The technology behind the BGI-SEQ 500 was based on Complete Genomics, which was acquired by BGI.

This uses DNA Nanoballs and a probe-based method of sequencing. We have seen data from this instrument in PE50, PE100, and PE150 formats, with the number indicating the length of paired-end reads (longer reads generally lead to better analysis).

A dataset for HG001 was previously submitted to Genome in a Bottle last year, with PE50 and PE100 reads and DNAnexus conducted an assessment of these data. This analysis indicated a reasonable gap, particularly in Indels. We also demonstrated that by re-training deep learning models on BGISEQ data (as Jason Chin did with Clairvoyante and Pi-Chuan Chang with DeepVariant) it is possible to bridge this gap using only software.

Given that this new dataset is released one year later and uses longer reads, the new set provides a measure of the progress BGI has made on the instrument and the difference in using longer reads. To quickly summarize, this most recent release of BGISEQ demonstrates significant improvements relative to prior data, though a (modest) gap relative to Illumina remains.

We downloaded the 3 WGS sets directly from EBI. All of these data were generated and submitted by BGI – 2 runs from the BGISEQ500 PE150, and one run from NovaSeq6000 presumably operated by BGI. We analyzed each WGS set in its entirety through several standard pipelines – DeepVariant, Sentieon, Strelka2, GATK4, and Freebayes. Mapping was performed by Sentieon, which produces identical output to BWA-MEM and is faster.

Because the Illumina data here was submitted by BGI, we thought it fair to also include Illumina data generated by Illumina, so we used 35X WGS NovaSeq data available from BaseSpace that we have previously included in our Readshift blog. 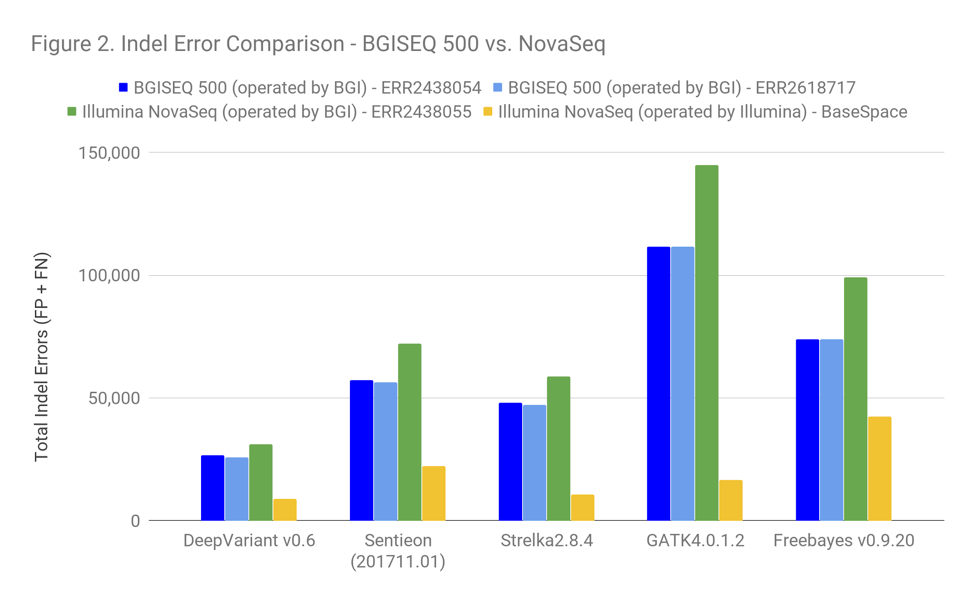 Figure 2 shows the Indel accuracy. All of the observations made previously apply with the addition of the following:

Presumably, all available BGISEQ options are PCR-positive. However, Illumina provides the option of both PCR-free and PCR-positive preparations. Given this, it seems more fair to recommend a comparison relative to the yellow Illumina-operated NovaSeq. In addition, this is a good time to remind readers that they should be aware of the impact of PCR in sequencing quality and whether their datasets were generated with it.

When we do these benchmarks, the most frequent request is to break down false positives and false negatives on the datasets. Figures 3 and 4 show this for SNP and Indels in one of the BGISEQ samples (which is representative of the other as well): 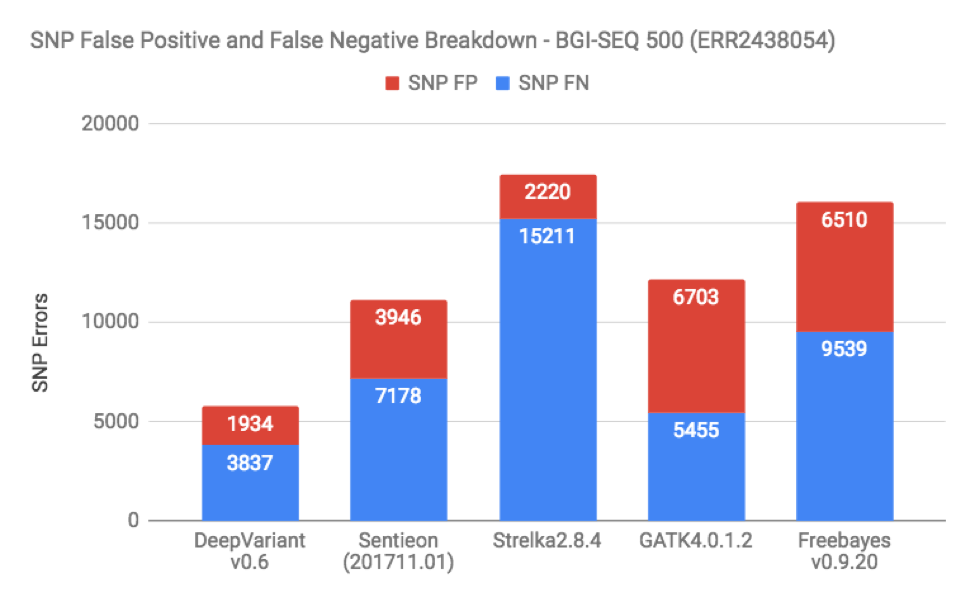 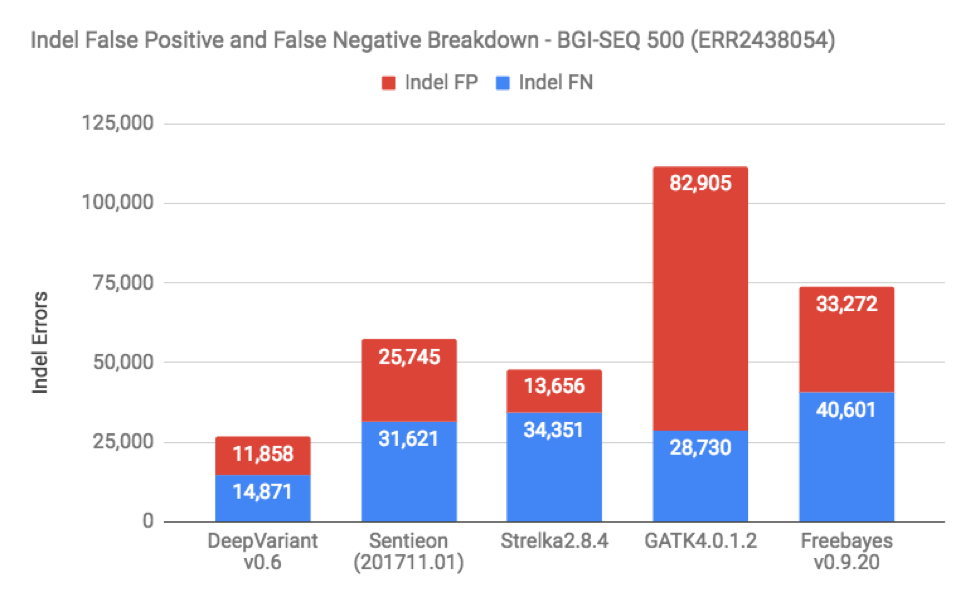 Finally, you may wonder if any of the programs have issues running on BGISEQ data (or run longer). The answer is – not really. Computationally, performance seems similar to what we see in Illumina data:

If this newest data is broadly representative of BGISEQ performance, the BGISEQ looks like a technology worth considering. The price points that we have heard second-hand indicate that buyers would consider tradeoffs between less widely adopted and (slightly) less accurate BGISEQ genomes in exchange for better economics. Based on these benchmarks, these differences in accuracy are not so extreme that BGISEQ genomes would be considered very different.

Given that it is still early in the lifecycle of the instrument, it will be important to rigorously QC runs until the community has a good feel for the consistency of BGISEQ quality. If anyone else has runs of HG001/HG002/HG005 from the BGISEQ, I would love you to reach out to us (acarroll@dnanexus.com) so we can replicate this analysis from community-driven runs.

Once in a Blue Moon Competition: precisionFDA Truth Challenge

July 2, 2018
In " General Information, Industry News, Announcement "
Previous
Announcing the Winners of Mosaic Microbiome Community Challenge: Strains #1
Next
New features for managing workflows and releasing them to your global network of collaborators