A Signal Moment in Precision Medicine 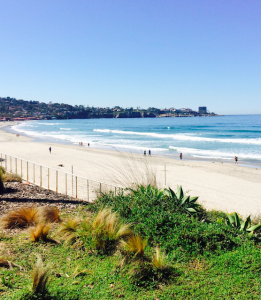 The “Future of Genomic Medicine VIII” conference took place last week in beautiful La Jolla, California. The broad goal of this annual conference is to promote the use of genomic knowledge to change medicine by making it more precise, individualized, and effective. Key areas of focus for this year’s conference were cancer detection, the genomics of rare diseases, and the exciting area of genomic editing. Additional discussions covered the microbiome, genomic-guided drug therapies, and genomic analytics.

The conference opened with an autobiographical case study presented by Dr. Eunice Lee, an anesthesiologist who learned she had cancer from the results of a Non-Invasive Prenatal Test (NIPT) taken as a precaution of her high-risk pregnancy. Dr. Lee took a Sequenom blood test, to screen for genetic diseases in her baby, but was surprised when the results revealed abnormalities about her own health. Although NIPT is not designed to screen for cancer, Sequenom said they have seen more than 40 cases in which the test revealed an abnormal genetic profile suggestive of cancer in the mother. At least 26 of these women were subsequently confirmed to have cancer. These cases, though rare, are raising ethical questions about genetic-testing regulation. You can read more here.

In his “State of the Field” remarks, NIH Director Francis Collins declared that we are at a “signal moment” defining the influence of genomics on patient care. Back in 2004, Collins led the development of a proposal describing a large US population study with goals very similar to those of Obama’s Precision Medicine program: to understand the drivers of human disease and develop medicines based on the genetic features of individuals. The proposal failed, but that was back when the cost of genomic sequencing was much higher and the adoption of electronic health records was not as prevalent as it is now, more than ten years later.

According to Collins, the technology to carry out a large Precision Medicine initiative is available today, but the genetics industry bears the responsibility of defining the process and providing the scientific evidence required to turn precision medicine into reality. A substantial part of that evidence will come from deep genomic analysis of biobank tissue DNA, and DNAnexus is thrilled to be providing the necessary global network for genome informatics and data management, and a secure and collaborative environment that facilitates and promotes insight and discovery. More on Collins’ assessment on the progress of genomics can be found here.

George Yancopoulos, Chief Executive Officer at Regeneron Pharmaeceuticals, Inc. , spoke about Regeneron’s commitment to building the broadest foundation in science and technology for the discovery of disease targets and the development of therapeutic solutions. Based on mouse models and sample prep automation, Regeneron has created a unique and fully integrated infrastructure that enables gene discovery, functional studies, and therapeutics development. Yancopoulos cited Regeneron’s collaboration with Geisinger Health System, noting that it is, by a long shot, the largest clinical sequencing undertaking in the United States. DNAnexus is proud to be powering this project, uniting genomic and phenotypic data from leading healthcare institutions on a massive scale to guide drug discovery.

There was bevy of fascinating talks, and in our opinion, the Future of Genomic Medicine conferences continue to be among the very best in biomedicine. We feel certain that genomic medicine is reaching a point where accumulated knowledge obtained by research will hit critical mass, and all the pieces (patient partnerships, EHRs, new technologies, genomics, and data science) will come together to drive precision medicine into the clinic.

We’ll leave you a bold statement offered by Fyodor Urnov, who, in recommending an update to the definition of the term “druggable target,” said, “If it’s in the DNA, it’s a druggable target.”