DNAnexus in the Literature: A Look at Recent Papers Using Our Platform

It’s great to find that several papers published recently have used DNAnexus in their research — and even more interesting to see the broad range of applications presented in these papers, from cross-species analyses to novel disease polymorphisms, and from single genes to whole genomes. We thought it would be informative to take a look at a few of these publications and discuss how the DNAnexus tools contributed to them. 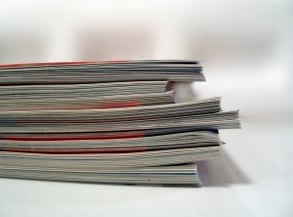 First we have a paper in Genome Biology from Eric Vallender at Harvard Medical School. He reports using human exome enrichment methods on chimpanzee and rhesus macaque samples. The chimpanzee sample showed similar coverage levels and distributions following exome capture as the human sample, whereas the rhesus macaque sample showed significant coverage in protein-coding sequence but much less in untranslated regions. In both cases, the primates showed significant numbers of frameshift mutations compared to self-genomes. Vallender used DNAnexus for “initial data analysis, including alignment to genome, coverage analysis, and Nucleotide-Level Variation analysis,” according to the paper.

Next up, we have three papers from scientists at the Cleveland Clinic focusing on myeloid disorders. In a paper from the journal Leukemia, researchers screened samples from patients with RARS (Refractory Anemia with Ring Sideroblasts) and RARS-T (RARS with refractory thrombosis), two distinct subtypes of MDS (myelodysplastic syndromes) and MDS/myeloproliferative neoplasms (MDSs/MPNs). They used Exome and Nucleotide-Level Variation analyses to identify variants associated with the conditions, finding somatic mutation in SF3B1, a gene located in chromosome 2q in several of the patients with RARS or RARS-T. Another paper, this one published in Blood, used DNAnexus to perform mapping, variant analysis, and RNA-seq in a project that used exome sequencing of 15 patients with myeloid neoplasms to find somatic mutations. Mutations were found that affect spliceosomal genes, resulting in defective splicing and suggesting a new leukemogenic pathway. Analysis of the mutations may serve as useful diagnostic markers, or potentially even therapeutic targets. In the third paper, also in Blood, they used SNP chips, gene expression arrays, and next-gen sequencing to look at loss of heterozygosity affecting chromosome 7q, which is common in AML and MDSs. Using direct and parallel sequencing, they found no recurrent mutations in typically large deletion 7q and monosomy 7 patients, but they did find decreased expression of genes included in SNP-A defined minimally deleted regions.

Scientists at the Hadassah-Hebrew University Medical Center in Israel have made use of DNAnexus in four of their recently published papers that used our Exome and Nucleotide-level Variation analysis to look at polymorphic changes associated with various clinical conditions. The first of these came out in Molecular Genetics and Metabolism, providing a study of three siblings with ventriculomegaly at early gestation. The group used linkage analysis and exome sequencing to identify a hemizygous mutation in the mitochondrial X-linked AIFM1 gene which encodes Apoptosis Induced Factor (AIF), a 613 amino acid flavoprotein. In the Annals of Neurology, the team reports homozygosity mapping followed by exome sequencing to find a deleterious mutation in the DST gene in four infants with a new lethal autonomic sensory neuropathy. In PLoS ONE, they studied two patients with juvenile parkinsonism and used homozygosity mapping and whole exome sequencing to identify a deleterious mutation in DNAJC6, which encodes the HSP40 Auxilin, a protein selectively expressed in neurons. The paper underscores a key role of the endocytic/lysosomal pathway in the pathogenesis of Parkinson disease and other forms of parkinsonism. In their most recent paper, the group studied the molecular basis of childhood familial chronic Coombs’ negative hemolysis and relapsing polyneuropathy in infants of North-African Jewish origin from four unrelated families using homozygosity mapping and exome sequencing. A homozygous missense mutation, p.Cys89Tyr in CD59, was identified in all the patients. The mutated protein was expressed at lower levels and failed to localize properly on the cell surface.

It’s really rewarding to see that DNAnexus is making a difference for scientists. We’ll continue to keep an eye on the literature and offer updates as other publications using DNAnexus are released.

DNAnexus at ASHG: Accelerating Your Path from Genomic Data to Insight

December 6, 2012
Previous
At NGS Meeting: Epigenetics & “Dark Matter” Were Major Themes
Next
Happy Holidays to All!