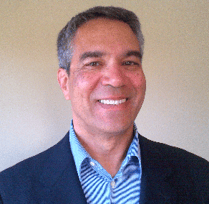 Omar Serang, our new Chief Cloud Officer, came to us from Amazon Web Services, where he formed the Enterprise IT Cloud Transformation consulting practice. Before that, he served as Amazon’s EC2 operations engineering manager. We chatted with Omar to get an expert’s view on cloud computing — from how it started to new innovations on their way and where DNAnexus fits in.

Q: What were the key concerns people had about cloud computing when it first began?

A: You really can’t look at any part of cloud computing without looking at Amazon as being the vanguard. When Amazon first came out with their cloud computing offering, it was perceived as a huge retail company that had excess capacity on its platform mainly because they have to engineer for very peaky volumes such as Cyber Monday. They got an idea to sell this capacity instead of having it just sit there. Early days were quite challenging for cloud: stability was certainly more of an issue five years ago, and security and compliance were probably the biggest barriers for people putting financial data or other sensitive data in the cloud.

Q: How did Amazon Web Services overcome those initial concerns and lead to a more accepted version of cloud computing?

A: Amazon made some very significant inroads in a number of ways. First was service quality; they are constantly learning to minimize failures. The excellence they’ve brought to bear has ended up demonstrating itself through increased platform stability and performance.

Also, they got certified for a huge raft of compliance regimes — some related to the federal government, and a broad range of compliance certification around SOC 1, SOC 2, and ISO 27001. These were certifications both for operational excellence and for security best practices, and they went a long way toward opening people’s eyes to AWS as an option. They capped that off by doing marquis projects with companies like FinQloud with NASDAQ, which is all about financial information security. That really served to knock down barriers to cloud adoption.

Finally, Amazon did a lot of work to expose the total cost of ownership so people could compare their on-premise versus cloud costs for the same thing. A study came out in Germany that showed a company could run an SAP cluster for 70 percent less cost than their on-premise dedicated infrastructure.

Q: Did any particular event help clear up security concerns around data in the cloud?

A: In late 2011, the CIA technology chief stated at an AWS conference that the cloud is more secure than traditional approaches. When that happened, IT managers started taking a serious look at how they could create reliable and secure infrastructures in the cloud that would actually surpass the reliability and security of their on-premise infrastructures.

Q: How is the cloud evolving right now?

What I’m seeing emerge now is this concept of managed services that sit on top of the infrastructure as a service layer. This is where DNAnexus comes in: providing a PaaS that runs on top of infrastructure as a service, and offers a really high degree of value in software and expertise. We’re finding that the real attraction is this concept of a managed service which brings to bear compute, software, and analytics along with the expertise that we have in genetic science, bioinformatics, and cloud computing. It’s not just a bunch of computers running in the cloud. It’s a group of people and a platform that they’ve developed based on their genomic analysis expertise that allows customers to take advantage of the cloud in a way that’s frictionless, secure and compliant, and enabling for their collaborative efforts.

Q: What are some upcoming innovations that will affect this space?

A: I think that global reach will increase for cloud providers. Storage — specifically block storage — is also going to see some major advances. I expect to see some advances in direct-attached storage instead of network-attached storage. Another will be long-haul networking; that will evolve in some very interesting ways.

Q: What drew you to DNAnexus?

A: The real key here is that there are two disruptive technologies coming together: next-generation sequencing and cloud computing. They need each other because of the bursty nature of genomic analysis, but you also need a wrapper of HIPAA and CLIA compliance and PHI protection all around it. It’s a really compelling story and it’s what makes DNAnexus really exciting: it’s at the confluence of these two game-changing technologies.

Dispelling the Myths of the Cloud